Alessandro Volta, son of the nobleman Filippo and Maddalena dei Conti Inzaghi, was born in Como, on February 18th, 1745.

He spent the first years of his life in Brunate, in the house of artisan Ludovico Monti, manufacturer of barometers. It was a rather worrying childhood, because his linguistic development was so late that it was feared he might become a mute, but slowly, he managed to speak fluently by the age of seven.  After a private elementary education, at the age of 13, he attended the school of the Jesuit Fathers in Como and later his uncle Alessandro, who took care of the boy’s education after his father’s death, sent him to the Seminary. Father Gerolamo Bonesi’s attempts to steer him towards priesthood revealed themselves useless, as well as his uncle’s efforts to make him study law.  At the very young age of 7, he inadvertently started to show a great interest in natural phenomena, to the extent that, anxious to find some bright blades of straw, which, according to the local farmers, were supposed to be made of gold, he almost drowned in the Monteverde spring, around Camnago.
Volta read the works of the greatest scientists of the time and at the age of only 18, he expressed his own thoughts through some letters addressed to Nollet and Beccaria, thus proving to be already well acquainted with the topics he discussed and to possess a unique spirit of observation.  He carried out his first studies on electricity between 1962-65, and his first electrostatic experiments, for which he needed only a few objects of little value: threads, silk or woollen cloths, resin and sulphur pieces.  From 1765 and for many years later, Volta used the laboratory that his childhood friend Gattoni built in his own house and generously made available to him. He ambitiously compared himself with the European culture of the time, and with the greatest minds that represented it in the scientific field, through direct contacts and exchanges with other schools. When he was only 24 years old, he wrote his first memoirs ‘De vi attractiva ignis electrici, ac phaenomenis inde pendentibus’. 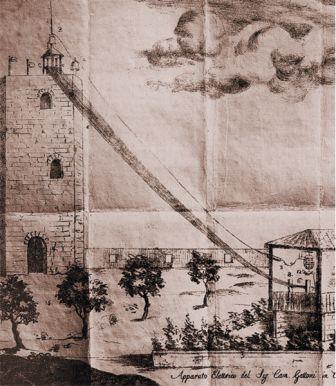 In 1774, he started teaching as superintendent (or ruler) of public schools in Como. The following year he became ordinary professor of Experimental Physics in the Gymnasium of Como.  In 1777, he travelled for the first time with scientific purposes to Switzerland, Alsace and Savoy. Setting off in the company of count Giovio, he brought along physics tools to detect altitudes, barometric pressures and the quality of the air, and magnets for the search of iron minerals, besides obviously all the tools recently invented by himself.  In 1778, he obtained the new chair of Experimental Physics at the University Pavia.  Following the discovery of the “native air of the marshes”, he invented a series of tools and devices, among which the so-called “Volta’s pistol” and the musket that, it is told, he used to go hunting birds in the area of Campora, around Como.
. 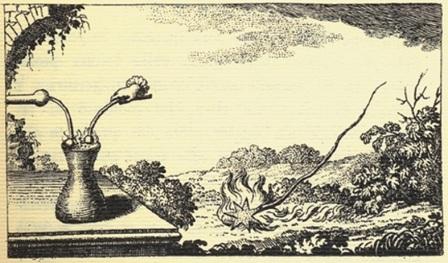 (Capture: Image at the beginning of a letter written by Volta about native flammable air of the marshes)

Between 1781-82 he travelled across Europe thorough Savoy, Switzerland, Germany, Belgium, Holland, France and England, in 1784 in Germany and Austria, always trying to find new tools and to put in contact scientists from those States. After his return, he was nominated dean of the University of Pavia for the academic year 1785-86.
Alessandro Volta married Maria Teresa Alonsa Peregrini in 1794. Later, Zanino, Flaminio and Luigi were born from their marriage. 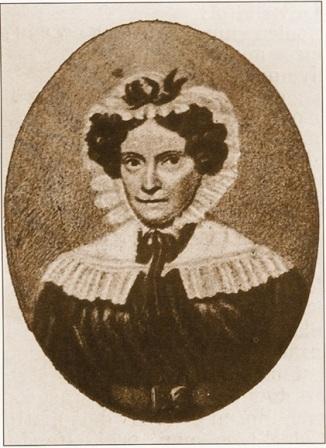 On 20 March 1800, Volta sent Mr. Joseph Banks a long letter which was read at a gathering, still renowned today, of the “Royal Society” where he announced the invention of the “artificial electric organ”, only later called pile, and presented as the recreation of the “natural electric organ” of the electric ray.  In 1801, the device was presented at a gathering that took place at the Institute de France in Paris, attended by Napoleon and, by request of the latter, Volta received a golden medal. Later, he was nominated Chevalier of the Legion of Honour (1805), Chevalier of the Italian Order of the Iron Crown (1806), Member of the Senate of the Kingdom of Italy (1809) and then Count of the Kingdom of Italy (1810). After Napoleon’s fall, he was involved in a political fight in Milan and he barely managed to escape the violence of the Austrian rebels (1814). 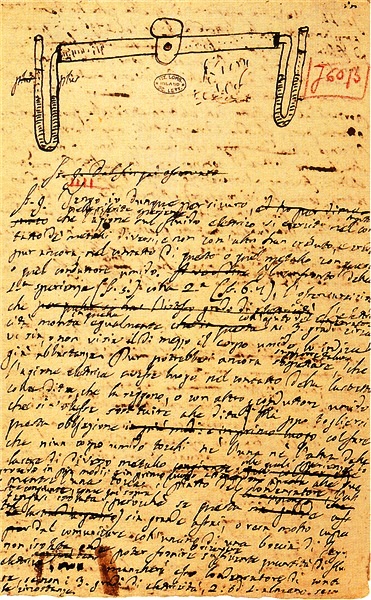 (Capture: Draft of his 1801 speech in front of Napoleon Bonaparte)

The Austrian Restoration (1814-1815) wasn’t much of a problem for him: The Government of Vienna sent him back to Pavia as Director of the University Studies of Philosophy. He permanently retired from public life in 1819.  He died, after short illness, on March 5th,1827, at the age of 82. 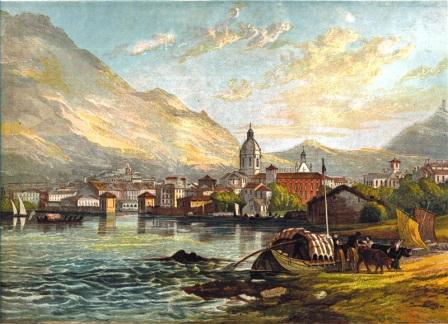 (Capture: nineteenth-century view of the city of Como, from a chromolithography by George Barnard)